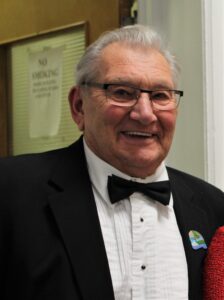 On Monday, October 5, 2020, loving husband, father, grandfather and great grandfather, passed away at the end of his 81st year.

He is survived by his wife Wendy; his five sons Matthew (Lori), Michael (Carmen), Glenn Jr., Darren (Susan) and Ronald; three stepsons Michael (Andrea), Laurence and Christopher; his brothers Carl and Ray and his sisters Carol and Anita (Marcel); five grandchildren and four great grandchildren. Glenn is also survived by many nieces and nephews. Glenn was preceded in death by his father, mother, brothers Arthur, Carson and Eugene and his sisters June, Marilyn, Thelma, Lorraine and Jean.

Glenn was born on October 27, 1938 in Silverdale, Ontario to Herbert and Gladys (Book) Lampman. He was an accomplished mechanic, working for Archer Truck Services, Huskys and the Town of Niagara-on-the-Lake. He was also a proficient handyman and after retirement completely renovated a house in Fort Erie.

He was an outgoing friendly person who was always ready to help others especially with his mechanical and handyman skills. His natural empathy and humour made him a perfect spouse for a clergy wife and as an ordained Elder. A man of faith, he was looking forward to seeing his Saviour after these last few months of pain and sickness. A member of Merritt Lodge AM & FM of Port Colborne and Past Patron of the Order of the Eastern Star Bruce Chapter #253 and Lincoln Chapter #142.

A celebration of his life will be held at a later date. Donations may be sent to North Pelham Cemetery or St. Andrew’s Knox Presbyterian Church, Fort Erie. Funeral arrangements have been entrusted to Lampman Funeral Home. www.lampmanfuneralhome.com 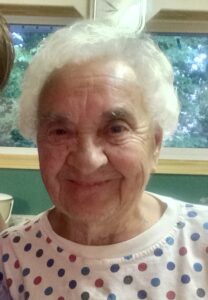 Passed away at West Lincoln Memorial Hospital on Thursday October 1, 2020 in her 87th year,. Loving mother of John (Ann), Steve, Tom (Odette) and Kathy Tufford (Ron). Dear Grandmother to Shannon (Steve), Christopher, Chet, Sarah, Tyler and Melissa. Great Grandmother to Parker and Tristen. Regina is survived by her sisters Chris and Irene and brother Henry (Alice). Predeceased by her husband Chester, son Robert and grandaughter Chelsey. Resting at the LAMPMAN FUNERAL HOME 724 Canboro Road Fenwick for visitation in the Lampman Chapel on Monday October 5th from 1:00 to 4:00  and 6:00 to 9:00 P.M. Due to Covid 19 regulations those who would like to attend visitation must call the funeral home (905-892-4701) between 9:00 to 5:00 on Saturday and 12:00 to 4:00 on Sunday to book a time slot.  Masks are MANDATORY and must be worn to gain entrance. A private family service will be held with interment to follow at a later date.

It is with heavy hearts that we announce the passing of George Court on Friday, September 11, 2020 at the age of 87. Beloved father of Richard (Fran) Court and Pam (Blayne) Adam. Loving grandpa of Ryan (Melissa Erola-Adam) Adam, Brandon Adam, Kaitlyn Adam (Rory King), Andrew (Jessica) Court and Amanda (Benjamin) Allen. Cherished great-grandpa to Ember Adam, Evolet Allen and Yvonne Allen. Survived by sister Dawn Eros. Sadly missed by his special friend Margaret. A heartfelt thank you to all the staff at ILTC Welland Hospital for your outstanding care and compassion. In keeping with George’s wishes, cremation has taken place. A private family interment at Hillside Cemetery will be held at a later date. Memorial donations to your local Humane Society would be appreciated by the family. Funeral arrangements have been entrusted to Lampman Funeral Home.

VE3 FPC is signed off.

Despite his declining physical and mental health, our father remained true to his passion for humour (could be the red hair).  Dad had a moustache for many years.  In one of the last visits to him, he was asked why he shaved off his moustache?  Keep in mind he lost his hearing aids and there was physical separation, including a plastic screen in between, so the personal care worker helped translate.  Dad turned to the worker and said so he would be able to kiss her!  He was always on his game.  We remember his fondness for dancing to Calypso music or singing in the church choir or a show tune on the big stage with The Becket Players in Montreal.  We are indeed grateful for these memories as well as being our dad.

As expressions of sympathy, Memorial Donations to your local United Way would be appreciated by the family.

Psalm 121:8
The Lord will guard your going out and your coming in
From this time forth and forever.
The Lord called one of his own home, Janke “Jane” Vander Veen (nee Mook), on Monday, August 24th, 2020 in her 92nd year.  She is survived by 8 of her children: Gerda (Al) Earl, Hank (Betty), son-in-law Domenic Grande, John (Maryann), Jake (Diane), Nancy (Ted) deRuiter, Beverly Kiers, Angela (Don) Williams and Marty (Karen). Jane is survived by 25 of her grandchildren, 38 great-grandchildren and 3 great-great grandchildren. Jane was predeceased by her husband John (2007), daughter Anne (2017), grandson James (2013), 2 infant daughters, her brother Jaap (1986), Norman (2017) and Eelke (2019).  Jane immigrated to Canada in 1952 from the Netherlands with her husband John, children Gerda and Hank and her brother Norman. She was a stay at home mother to many. As a family, we would like to thank the nurses and PSWs at Shalom Manor for all their kindness, love and compassion they showed our mother during the many years she lived there and also in her last few weeks. Friends and family will be welcomed at Grace Christian Reformed Church, 660 South Pelham St, Welland, from 10am to 11am for visitation.  Due to COVID-19 restrictions, a private family service and interment at  North Pelham Cemetery will take place.  In loving memory of our mother, donations may be made to Open Arms Mission, Welland.  Funeral arrangements have been entrusted to Lampman Funeral Home. www.lampmanfuneralhome.com

It is with heavy hearts that we announce the passing of Catharine “Kay” Kazmir on August 19th, 2020 at the age of 94.  She is now reunited with her adored husband Michael, playing music together once more.  Loving mother of Larry (Carol) and Dennis (Carole). Cherished grandma of Catherine (Andre) and Christopher (Andrea). She also leaves behind her sister Victoria “Vicky” Smith. She will be missed by her extended family both here and in the United States of America. Catharine is predeceased by her brother-in-law the Late Tom Smith.

According to Catharine’s wishes, cremation has taken place. A private family interment at Pleasantview Cemetery will take place at a later date. Memorial donations made to The Canadian Cancer Society would be appreciated by the family. Funeral arrangements have been entrusted to Lampman Funeral Home. www.lampmanfuneralhome.com

It is with great sadness that we announce the passing of William “Bill” Sheldon on July 28, 2020. Bill passed peacefully at his home surrounded by his family. He leaves behind his beloved wife of 32 years, Sandi, as well as his children Rhyan (Terry), Jason (Shawna), Morgan, Harris, and his brother James. He was cherished by his grandchildren Kennedy, Paige, Terry, Allette, Heather, and James. Bill is predeceased by his parents JB Sheldon and Anne Sheldon (Albinson). Bill loved life and enjoyed parachuting, flying, sailing, and spending his weekends as a rowing umpire across Canada. He was an avid volunteer with the town of Pelham in the committee of adjustment, and takes pride in the successful “Summerfest” events he assisted with over the years. A small family service will take place at a later date. Arrangements entrusted to Lampman Funeral Home, 724 Canboro Road, Fenwick.

Dilts Leta
Passed away at Grandview Lodge in Dunnville on Monday July 27, 2020 in her 86th year. Loving mother of Richard, Gary, Terry and Lisa Robins (Mark). Dear Grandmother to nine and Great Grandmother to ten. Leta is survived by her sisters Arleen, Marie, Kathleen and Bernice and brothers Alvin, Donald and Clarence. Predeceased by her husband Clarence, daughter Janet and brothers Frank Jr. and Jerry and sisters Lucille and Helen. Interment will take place at Maple Lawn Cemetery in Wainfleet on Wednesday July 29th at 11:30 A.M. The family would like to express a special thankyou to the staff at Grandview Lodge for their care and compassion towards mom. Arrangements entrusted to LAMPMAN FUNERAL HOME 724 Canboro Road , Fenwick.
www.lampmanfuneralhome.com