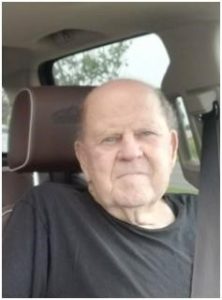 Martin Lee
Passed away on June 21, 2019, at the age of 36. Loving father of Scott, Hannah and Addison. Partner to Kara Pepper. Lee will be sadly missed by his parents Theresa and Mike Wedekind., brother Tony (Venessa) and sister Brette Shatkosky (Aaron), nieces Nala, Belle, Aurora and nephew Oliver. Also by Grandparents Sharon Robbins (late Murray) and Norma Wedekind (late Bill). Lee will be greatly missed by his extended family. Cremation has taken place. A celebration of life will take place at a later date. A trust fund has been set up. Donations may be made to Michael and Theresa Wedekind in trust for Grandchildren or the Heart and Stroke Foundation.

Passed away at Northland Pointe in Port Colborne on Friday June 7, 2019 at the age of 94. Loving mother of Gerald (Gisele), Pearl Collard, Carolyn Beck, Muriel Murtaugh, Edna Boyes and Rick (Susan). Alice will be sadly missed by many grandchildren, great grandchildren, nieces and nephews. Predeceased by her husband Archie Collard, son Harold, daughters Ann and Nancy, sons in law Gordon Beck, Gary Murtaugh and Paul Boyes. Funeral service will be held at Be in Christ Church 53007 Perry Road, Wainfleet on Tuesday June 11th at 12:00P.M. Visitation will take place from 10:00 until time of service. Interment at Maple Lawn Cemetery in Wainfleet will follow. The family would like to extend a special thankyou to the staff at Northland Pointe for their care and compassion shown to mom. Donations to the Canadian Cancer Society would be appreciated by the family. Arrangements entrusted to LAMPMAN FUNERAL HOME 724 Canboro Road, Fenwick.

Kelly, Evelyn Luella
Passed away in Welland, Ontario on April 22,2019. Evelyn Luella Kelly previously of Kemptville, Ontario in her 89th year. Beloved wife of 60 years to the late Robert (Bob) Kelly. Dear mother of Charles Kelly (Rodica), Patricia Baker (Gordon) and Jeffrey Kelly (Krystyna). Cherished “Nanny” (Grandma) to Heather, Phillip, Valerie, Kimberley, Bradley, Steven and Jasmine. Great “Nanny” to Cecilia Kelly Baker. Dear sister to Dwight (Helen). Predeceased by her brothers Orville and Floyd and sisters Lillian and Orlean. Friends are invited to the South Gower Cemetery on Saturday April 27th for a 12 noon interment. A service is to follow at St. Johns United Church in Kemptville at 1:00P.M. Those who wish may make donations in memory of Evelyn to the Alzheimer Society Canada Research or to St. Johns United Church in Kemptville. Thankyou to the staff at Royal Rose for the care given to Evelyn the last 2 years. Your care and support was greatly appreciated and always will be remembered. You always made our mom and Nanny feel special.

Passed away peacefully at Albright Manor on Friday, April 19, 2019 in her 93rd year. Predeceased by her beloved husband of 58 years, William (2003). Daughter of the late Frank and Dorothy (VanAlstine) Nicholson of Chatham. Dear sister of the late Edwin (late Dorothy) Nicholson of Collingwood, Helen (late William) Glassco of Chatham and Frances (late Harold) O’Brien of London. Loving mother of James (Diana) of Welland and Nancy (Ralph) Freure of Wellandport.  Proud grandmother of Chris (Lisa) Freure and Tom (Katie) Freure. Blessed with 7 great grandchildren, Nathan, Maddie and Anna Freure and Juliette, Adam, Mark and Ellie Freure….the joy of her life.

In 1944, Dorothy arrived in Fenwick, on the train from Chatham, to work for the YWCA Farm Service Force as a farmerette at Clemens Camp as part of the war effort. Here, she met and married William.  After a 5 week summer course at London Teacher’s College, she taught school at S.S. 5 Chantler (a one room schoolhouse) & S.S.9 (E.W. Farr Memorial School) for 8 years. She was Secretary of Pelham Township Police Force followed by Civilian Member of the Niagara Region Police Force until her retirement in 1990. Dorothy has been a 73 year member of Fenwick United Church, past president and life member of UCW; past Noble Grand of Maple Crest Rebekah Lodge; member of Pelham Senior Citizens, and Rose City Senior’s Velvetone Choir and church choir. Dorothy loved to travel, sew, knit, bake and look after her home and gardens.

Our most sincere thanks and appreciation to the nurses and staff at Albright Manor for the love, friendship, exceptional care and compassion they gave Mom.

In lieu of flowers, a donation in Dorothy’s memory to Albright Manor Foundation, Beamsville or Fenwick United Church would be appreciated. 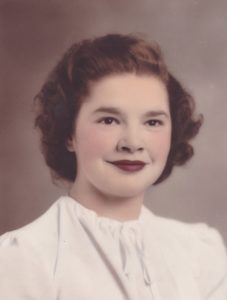 Rice, David Gordon passed away peacefully at Lookout Ridge on March 28, 2019, in his 76th year. Lovingly remembered by his sons Brian (Cherylanne) Rice and Phillip (Ann McKenna) Rice and his four grandchildren. Missed by his brothers Tom (Mary Lou) and Paul. Predeceased by his wife Margaret and his parents Gordan and Francis.

Funeral arrangements have been entrusted to the LAMPMAN FUNERAL HOME, 728 Canboro Road, Fenwick. As per David’s wishes, cremation has taken place and a celebration of life will be announced at a later date. The family would like to thank the 1st and 3rd floor staff at Lookout Ridge for their care and compassion for David during his stay. In lieu of flowers, donations to Lookout Ridge Retirement Home would be appreciated by the family.

October 12,1928  -March 22, 2019
Passed peacefully after a rapid decline in health at St.Josephs Hospital in Hamilton on Friday March 22, 2019 in his 91st year. Sam will be lovingly remembered by his wife of 60 years, Helen and children Teresa (Reg Smith), Paul (Ann), Mark (Cindy) and David (Brenda). Also by Grandchildren Geoffrey and Genevieve Smith, Katie (Brendan Ryan), Jennifer, Spencer and Heather Lopinski. Sam is survived by his siblings Henry (Anna), George (Tillie), John (late Fran) and Stella Augerman. Predeceased by his parents Leon and Josephine and siblings Wanda and Walter. The family will receive friends at LAMPMANS FUNERAL HOME 724 Canboro Road, Fenwick on Tuesday March 26th from 2-4 and 7-9 P.M. A vigil will be held at 8:00 P.M. The funeral mass will be celebrated at St. Ann Roman Catholic Church in Fenwick on Wednesday March 27th at 11:00A.M. Rite of committal will take place at Holy Cross Cemetery in Welland. If desired donations can be made to the Canadian Kidney Foundation. On line memories and condolences at www.lampmanfuneralhome.com