At her home, with her family at her side, the Lord called home His child, Hennie. Reunited with her loving husband Jack (1997) and other loved ones who have gone before to glory, survived by her children Jackie (Paul) Shiels, Marlene (Wil) VanderStelt, Randy (Diane), Sandra (Phil) Dekker and Jon (Tanya). Much loved Grandma of Jeff (Jody), Matt (Corrine), Robyn (Joe), Jessica (Scott), Devon (Hannah), Josh, Paige, Chris (Katie), Nathan, Mitch (Rachelle), Sam (Tracey), Logan, Jack, Archer and Great Grandma to 6 great grandchildren. Hennie will be greatly missed by many family members and friends. She was a special sister-in-law, aunt and cousin to many in Canada and the Netherlands. Long time member of Riverside CRC in Wellandport, her faith gave her comfort.

Visitation will be at Riverside CRC, 74094 Wellandport Rd, Wellandport from 2-4pm and 7-9pm on Thursday, October 14, 2021. Close friends and family are welcome to attend the interment at Riverside Cemetery on October 15, 2021 at 1pm. A funeral service will follow at 2pm at Riverside CRC. In lieu of flowers, donations can be made online to CAIRN Christian School. Funeral arrangements have been entrusted to Lampman Funeral Home. www.lampmanfuneralhome.com 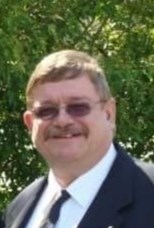 Suddenly, at home on Monday October 11, 2021 in his 71st year. Survived and missed by his wife Leila, daughter Sara (Matt Paterson), granddaughter Samantha, and his brother Colin (Trish). Predeceased by his parents Ivor and Joan, his Aunt Pat, and his sister-in-law Lois. Grampa loved his little Sammy and never passed up a chance to spend time with her exploring nature, feeding the ducks, or picking out a new toy. Will was an avid and talented scale modeler for which he won countless awards over the years. His hobby was a lifelong pursuit and nothing made him happier than a completed project so he could move on to the next. Cremation has taken place.  A celebration of Will’s life will be held Friday October 29, 1-4 pm. at Club Capri, 36 Cleveland Street, Thorold. Funeral arrangements have been entrusted to Lampman Funeral Home. 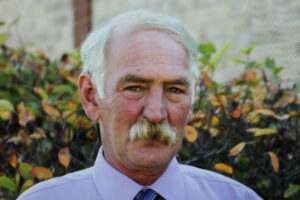 It is with great sadness that we announce the passing of David Ross Lampman on September 12, 2021, 8 days before his 76th birthday, after a 5 year battle with Lewey Body Dementia. He was a loving husband of Rosemarie (Eybel) for 57 years. He was the beloved father of Annmarie Middleton and her husband Scott. He was predeceased by his parents Harry and Beatrice (Gilbert) Lampman, his son Dave (1997) and daughter Sharon (1968). He will be sadly missed by his two grandchildren Brandon Lampman and Aaron Middleton. He is survived by his sister Marjorie Warren and her husband Cyril, nephews Roger (Colleen) and Dwayne (Kate), several sisters-in-laws and brothers-in-laws, and many nieces and nephews. Special thanks to the staff at the PCGH, especially Dr. Scher, Krista, Sarah, and Alex.

Visitation will be held on Wednesday, September 15th, 2021 from 11am-1pm, immediately followed by a funeral service at Lampman Funeral Home, 724 Canboro Rd, Fenwick.  Interment to take place following the service at the North Pelham Cemetery.

In lieu of flowers, donations may be made to the North Pelham Presbyterian Church or the Welland Humane Society. 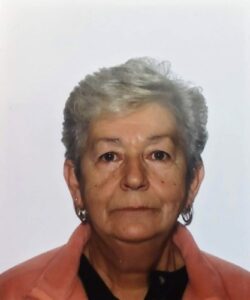 It is with great sadness that we announce the passing of Huguette Souter, 77. She passed away on September 5, 2021. She was born to Patrick and Albertine (predeceased) on April 11, 1944, in

She will be greatly missed by her children Robert (Roxanne) Souter, Joanne Reid (Robert Barrow), and Julie (Peter) Webster as well as

her grandchildren Mathew and Jamie Webster. Loving sister to Robert (predeceased by Gertrude), Lise (Mike) Marcoux and Doris (Norm) Lecompte. She will also be missed by many brothers and

sisters in-law as well as many nephews and nieces. Cremation has taken place and a celebration of life will follow at a later date.

In lieu of flowers, donations can be made to the Canadian Cancer

Society. Funeral services have been entrusted to Lampman Funeral Home.

In the Lord’s infinite wisdom, on Friday August 29th 2021, Shirley Boverhof passed away peacefully with her husband at her side in her 75th year. She was predeceased by her parents Klaas and Renou Wynsma, her sister Willy Vander Tuin, and parents-in-law Ralph, and Alice Boverhof and her in-laws John and Joanne Boverhof, John and Stina DeKlerk, and Jennie Van Soelen. Survived by her sister, Aake Byer (Murray) and brother-in-law Paul Vander Tuin, and her in-laws Nancy, Sam (Susan), Henry (Sylvia), Bert (Margaret), Alice (John), Henrietta, Rudy (Debbie), and Jerry (Pierre). Leaving behind many loving nieces and nephews. Many thanks to family and friends for such loving care. Special thanks to Ed and Alice Helder for their exceptional care. Thanks to all of the staff and Healthcare workers from Shalom Manor in Grimsby. They took care of Shirley with love and compassion. In lieu of flowers, donations to Shalom Manor and World Vision will be greatly appreciated. Visitation will be at Riverside Christian Reform Church in Wellandport on September 1, from 2 to 4 as well as 7 to 9pm. The funeral will be on Thursday, September 2 at 11am. Just prior to the service, a private family service will be held graveside for the interment. Funeral arrangements have been entrusted to Lampman Funeral Home.

It is with sadness that we announce the passing of Joan Kingma in her 77th year at West Lincoln Memorial Hospital on July 16, 2021.

In accordance with Joan’s wishes, cremation has taken place and a private family celebration of life will be held.

Funeral arrangements have been entrusted to Lampman Funeral Home.

Howard C. Daw, in his 101st year, passed away at Welland General Hospital on Friday July 9, 2021.
Howard, a lifelong resident of Fenwick, was born in Thornloe, Ontario on Jan. 22, 1921. The Daw family relocated to Fenwick after the Great Fire of 1922 swept through the area.

Howard was well known in the local community, running several businesses in plumbing, heating and construction, before building Westbrook Golf Club (now Waterpark) and eventually Steeplechase Par 3 in Fenwick. He and his wife, Helen (Swick) retired on the
Steeplechase property before her death in 1979.

Howard eventually remarried and he and his wife, Barbara (Barrett), lived on their beloved property on Balfour St. for many years.

He was predeceased by his parents, David and Mae, and his siblings, Ronnie, Isobel Brown (George), Carm (Violet), Betty Tunnacliffe (Lloyd) and Lawrence (Irene).

A private family memorial service will be held at a later date. 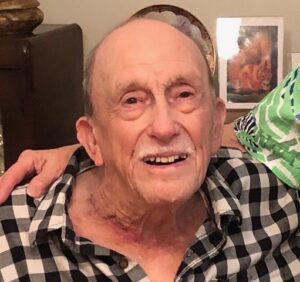